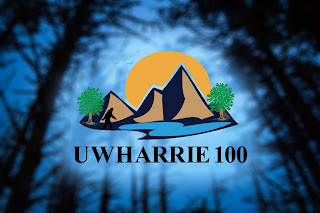 As my blog has some huge gaps in time, I need to start this race report with a little background on how I got to the Uwharrie 100.  The start of this race is 45 minutes from my house.  When the inaugural race was announced for 2014, I jumped on it.  I prefer to support local and to not run the closest 100 mile race to my house would be foolish.  Right?  So I signed up for the 2014 race before I even ran my first 100 miler, Umstead 100, in April of 2014. Umstead went so well I took no time off and just kept running. Ran the Raleigh rock n roll half the next weekend with Scott and Charlie and then ran Oconee 50K three weeks later. After that I had some pains in my foot and took a few days off. Next run, more pain. Took more time off, ran, more pain. I continued this cycle until my first Uwharrie training run on July 26th, 2014. I barely made it the 20 miles because my foot hurt so bad. Finally went to the doctor and had a stress reaction in my cuboid bone. Sucks.
Dropped out of three fall races including Uwharrie 100. Scott and I did go volunteer at Crossroads aid station for most of the day on Saturday and had a blast.
Recovery was longer than expected and we moved which didn't help the foot. It was January or February before it felt good to run again. I made it to Uwharrie as much as I could which was 6 or 7 times to get ready for the 100. Knowing that course and learning to respect the old mountain was extremely helpful to me mentally.
Going into the race I was positive I could finish, but was very concerned about making cutoff. While Umstead in 23 hours was comfortable, this course is brutal and I am not comfortable with running over rocks with wild abandon. I tried to game plan for a 32 to 34 hours to give me a little padding to make 36 hours.
The night before the race I got a good 5 hours sleep. Woke up at 3 am on race day, topped of the drop bag with more stuff than I could possibly use and got my first round of water bottles ready. Drove the 45 minutes to the race, checked in and got ready to run.
Sarah, Scott, and Nicola were volunteering at Crossroads aid station and Sarah stayed there the whole race.  They loaded up drop bags in Scott's truck and headed out before the race start.

Lap 1
6 am, pitch dark, headlamp, stream of runners. This is nothing like any of my previous loops at Uwharrie. We stayed in a pretty steady stream with a little passing here and there to get everyone where they should be. I ended up a little fast on the first six miles to crossroads which is hard to avoid in a crowd on single track trails. Dropped off my headlamp, switched bottles, kissed Sarah and I was off. The aid station sort of spread us out a little which was nice. I ran a little by myself and climbed Sasquatch Summit. Ran some more and had people catching me on Soul Crusher. With all my training I wish I would have worked harder on climbing. I think regular stair work would be beneficial on this course. So after the first time up Soul Crusher, I was running some of the rocky descents and feeling good. About mile 9 I landed square on the side of my left foot. Twisted my ankle so bad I saw stars and got woozy. It took me a couple minutes to compose myself enough to see if I could even walk on it. It hurt. Bad. With about 3 miles to the next aid station there was really nothing to do but keep moving. Luckily I was using trekking poles so I could use them like crutches to reduce some weight on my foot. This gave me lots of prayer time as my only other option was tears. So I limped and prayed for three miles to Kelly's kitchen.
I made it there and was surprised to find the ankle was not swollen. I took off for the three miles back to Crossroads aid station. By this time I was flustered. There were already some hotspots on my feet and my ankle was sore. Sarah got me some tape and I got to work. Not only did I tape my ankle, I traded out a pair of lightweight Injinji socks for a pair of midweight, trail Injinji socks. I also took the insoles out of my Altra Olympus 1.5s and put in the insoles from my Olympus 1.0s. I could write a whole post on my shoe drama leading up to Uwharrie and my Altra insole issues.
It took me a little while to build up my confidence that I could run on my taped ankle, but I tested it on the 5.5 miles back to start/ finish. Upon arrival, I added some more tape to the ankle and felt better. Somehow I still did the first lap in just under 6 hours. Prayer does work.

Lap 2
I was able to actually start running again which felt good. Walked up climbs and ran the rest just like I wanted to do. Quick pit stop at Crossroads to fill water bottles and I was off. Sasquatch and Soul Crusher felt longer in the heat of the afternoon and the rocky descents made me nervous. I took my time and made it safely to Kelly's kitchen. After this I got overly social. I definitely burnt some time walking and talking through a pretty run-able section.  I finally realized my mistake and took off running back to Crossroads.  Simple water bottle refill, two quarters of a peanut butter and jelly sandwich and I was off.  Made pretty decent time getting back to the start finish and completed lap 2 in 6 hours 41 minutes.

Overall: Uwharrie 100 is a really brutal, unrelenting course.  This course is not for the weak.  The old mountain will chew you up and spit you out.  You have to take what she gives you and keep on moving.  The race is extremely well run by Dan and Amanda Paige.  Dan runs a lot of ultras and really pours his heart into this.  The two of them go above and beyond what you expect and every volunteer is there for one purpose, to help you succeed.  Train hard and run this race.  It is worth it.